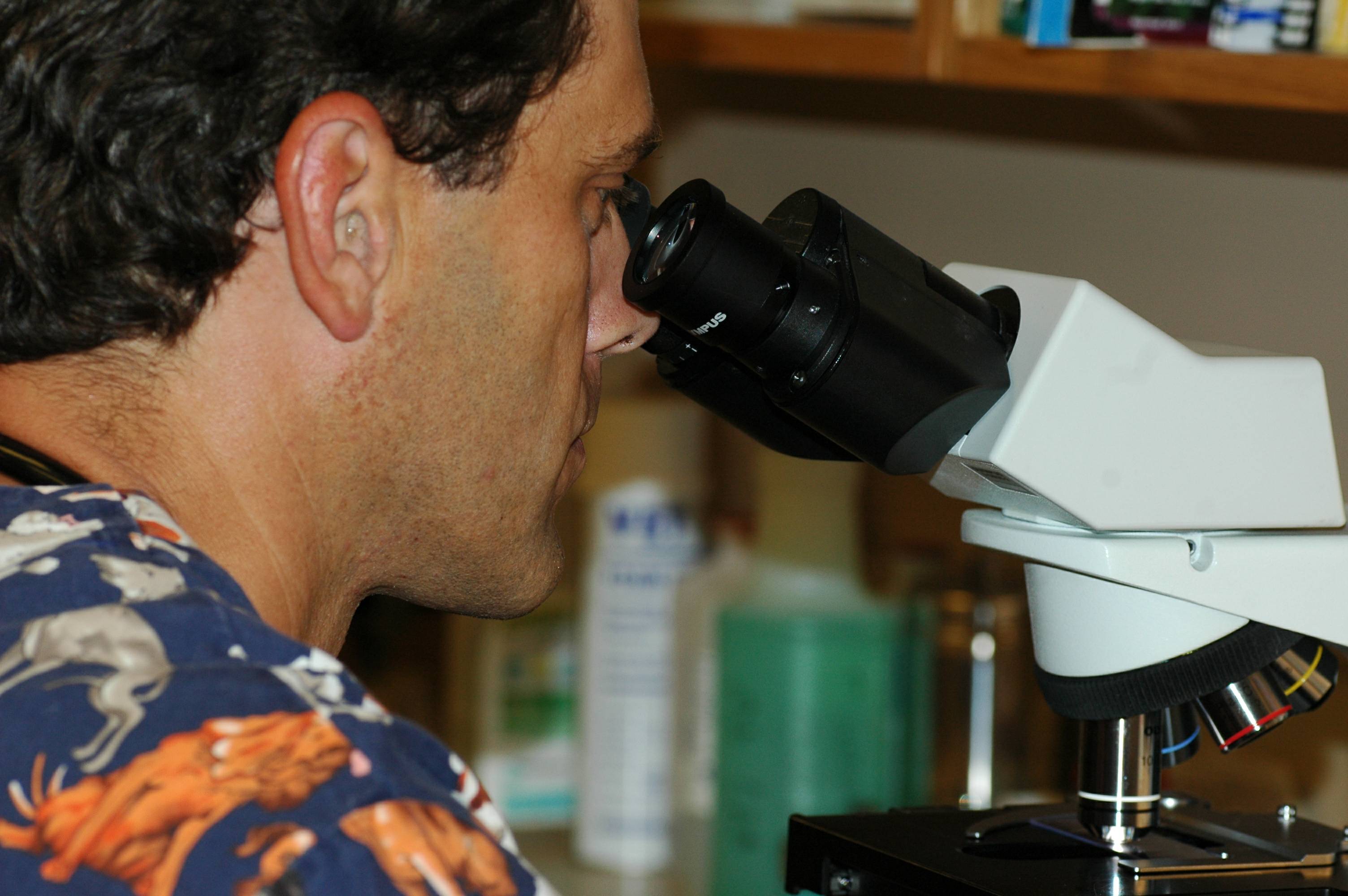 Conventional research is often screwed up and here’s an example.

A recent study published in the Journal of the American Veterinary Medicine Association evaluated factors related the survival of dogs with bone cancer. The study very carefully analyzed how the combination of surgery, various chemotherapies and radiation therapy related to how long the dogs lived.

As with any study, the authors ended with a discussion of their results and an acknowledgement of the limitations (things that could affect the results that were not addressed) of the study. The problem is that not only did the researchers not address the use of alternative medicine; they failed to even acknowledge that they did not factor it in.

In one study, 76% of owners of pets with cancer seeking care at a veterinary teaching hospital confessed to their use of some form of complementary and alternative veterinary medicine (CAVM) therapy. This percentage most likely underestimates these treatments since the survey selected for pet owners who were seeking conventional cancer treatment (excluding the more committed CAVM-minded people who would never consider that option) and because some owners who use CAVM on their pets are reluctant to divulge this information to conventional veterinarians for fear of ridicule.

In the bone cancer study, the authors were surprised to find that “… 12 of the 90 (13%) dogs in this study did not receive chemotherapy and still would be considered to have prolonged survival time…” There is little doubt that most if not all of these animals were receiving herbs, supplements and/or other CAVM therapies. It is inconceivable that these owners would have done absolutely nothing to help their dogs fight this disease. CAVM therapies undoubtedly contributed to the unexpected, prolonged survival times of some of these dogs as well as other individuals in this study.

A medical literature search yields many high-quality studies demonstrating the effectiveness against cancer of such natural compounds as mushrooms, curcumin, melatonin, and many more. It is very likely that such therapies played a role in the positive treatment outcomes of many of the dogs in this study.

Unfortunately conventional veterinary oncologists are not up to date on CAVM therapies for cancer. The specialists I’ve talked to are not at all interested in it. This dismissive attitude will keep them in the dark about what is really happening to their patients and in their studies.

Including data about CAVM therapy use in future studies will make the information gathered more meaningful, will further the development of integrative oncology, and ultimately will improve the care of all cancer patients. (Good luck with that) Let’s face it, studies that look exclusively at conventional care will never result in a complete understanding of cancer treatment success and failure.

What is your experience using CAVM therapies on your pet? 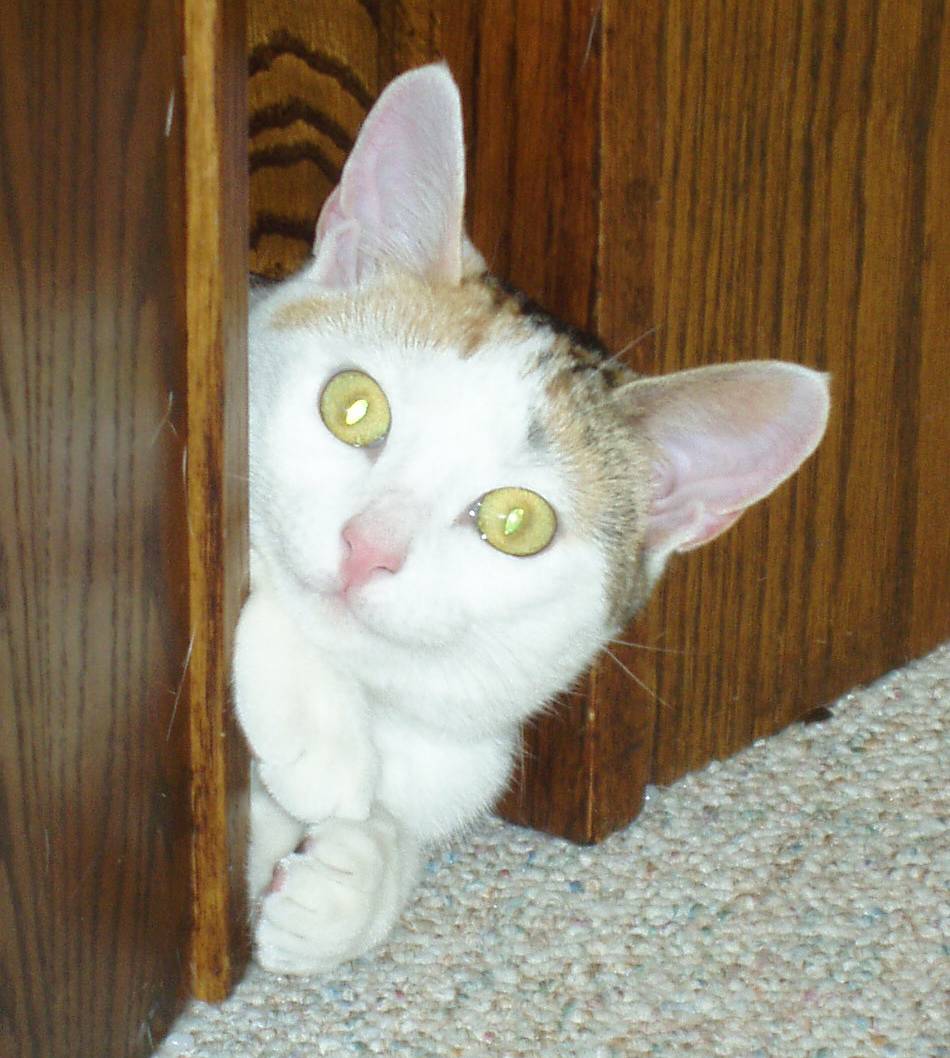 Fall allergies are in full swing and we no doubt have several weeks left. If your pet is suffering from an itchy rash here are four more helpful remedies (on top of the four from last week).

A recent study concluded that 45 percent of dogs with seasonal allergies respond favorably to increasing the level of omega-3 fatty acids in the diet. The best source of omega-3s for pets is fish oil as opposed to flax seed oil. Allergic pets often benefit from daily supplementation of 1000 mg. of fish oil per 20 pounds of body weight.

2.      Give Digestive Enzymes – Another supplement that can be helpful when treating allergies is digestive enzymes. Digestive enzymes can increase the absorption of fatty acids in the diet by 71 percent. Adding them to a pet’s treatment will help the animal get more bang for the buck out of the fish oil.

3.      Give Herbal Licorice – From a Western herbal perspective, licorice root can be helpful in reducing allergy inflammation. Licorice has been shown to increase blood levels of the cortisol that the body naturally produces. This is much better than giving the pet cortisone pills or shots. Plus, licorice has a sweet taste that dogs usually tolerate well. As safe as this herb is, I do not recommend giving it to pets suffering from heart, liver, or kidney disease unless prescribed by a veterinary herbalist. Be sure to only use herbs from reputable companies. Here’s some basic herbal dosing info.

4.      Get TCVM Treatment – For me, Traditional Chinese Veterinary Medicine (TCVM) is invaluable in the treatment of skin allergies. There are several conditions from the Chinese perspective that can cause allergy symptoms. Seasonal allergies are often the result of an invasion of “wind.” Sometimes there is “heat” or “dampness” associated with the condition. Other times allergies are the result of a “blood deficiency.” These Chinese disease entities require the special skills of veterinarian trained in Chinese herbal medicine to determine and treat effectively.

Allergies can take time to bring under control. Because there are many issues that contribute to the problem, it takes a multi-pronged approach to solve it.

What natural remedies have you found that work? 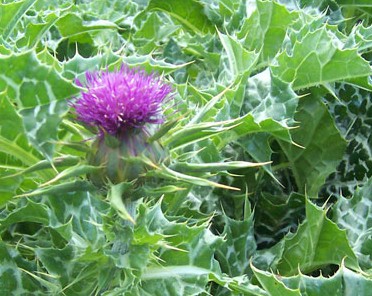 Milk thistle is an extremely helpful herb for pets. The scientific name for Milk Thistle is Silybum marianum. (You want to be sure the milk thistle supplement you select is labeled with this technical name.) The parts of the milk thistle plant that contain the therapeutic constituents are the fruit, shells, seeds, and leaves. (You want to be sure that the supplement you use contains these, and only these plant parts.)

Milk thistle is known to be hepatoprotective. That means that this amazing herb can protect the liver from toxic damage from medications and chemicals as well as damage from viruses and bacteria. A great use for milk thistle is to give it for a week after using medications such as flea/tick/heartworm medications. The herb can stop the damage such drugs may cause.

Milk thistle is also considered to be a cholagogue. A colagogue is a substance that helps the gallbladder contract and empty. Think of using this herb for the treatment of gallstone sludge that can sometimes gum up the gallbladder.

This incredible herb is also a galactagogue which means it can help a mother’s mammary glands release milk. Milk thistle is known to be an antioxidant as well. Thus, it can protect the body from dangerous oxidative free radicals which can build up in an animal’s system from normal wear and tear on the body as well as physical or emotional stress.

Milk thistle has been shown to increase liver glutathione. Glutathione is a liver enzyme which is involved in ridding the body of toxins. Think of milk thistle when your pet needs to detox from exposure to any kind of poison, pollutant, or contaminant. It can also be used a few days after chemotherapy treatments to decrease dangerous side effects. Since milk thistle affects how the liver deals with drugs, it should not be used at the same time as some drugs as it may expel the medicine before it has its desired effect.

Even with all of these wonder beneficial effects of milk thistle, it is extremely safe. There are no reported side effects of taking it. (Have you ever seen that statement on a prescription insert?) General dosing information can be found in my earlier Herbal Pet post.

Silymarin is assumed to be the active ingredient in milk thistle. In fact, the drug Denamarin contains a chemically altered form of silimarin as well as other ingredients.

Denamarin represents the current tendency toward the pharmaceuticalization of herbal and nutritional supplements. You see, there is no money in herbs for pharmaceutical companies because you cannot patent a truly natural substance. But, if you mess with nature by extracting the “active ingredient” and modify it slightly, now you can get rich off it. (As if we can improve on Mother Nature.)

In fact, there are many compounds within the milk thistle plant that work together to benefit the body. I have had cases of liver disease in dogs that did not improve after months on Denamarin but did improve when switched to milk thistle. The active ingredient in an herb is the herb.

What have your experiences been like when using milk thistle in your pet?