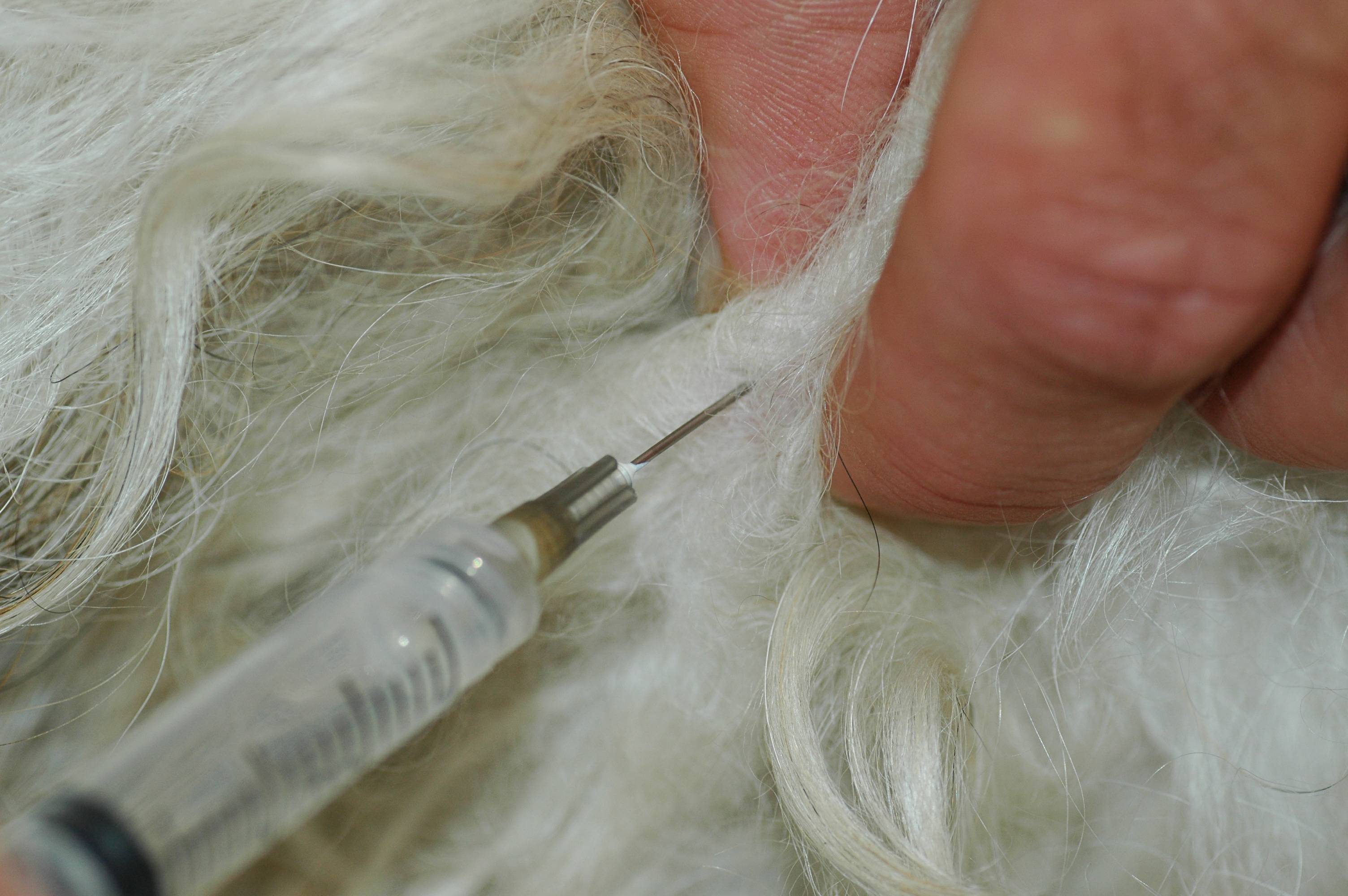 Recently there has been an outbreak of Canine Distemper Virus at the Western Pennsylvania Humane Society in Pittsburgh. Distemper is a highly contagious viral infection that can affect the dog’s nervous system, respiratory system, or gastrointestinal tract. It can cause a range of symptoms including coughing, sneezing, nasal discharge, fever, loss of appetite, vomiting, diarrhea, and seizures.

The disease is often fatal even with aggressive treatment. It was a common killer of canines until the use of the distemper vaccine became popular in the 1970’s and 1980’s. Although we rarely see this disease these days, occasional outbreaks do occur and unprotected dogs are at risk.

I have not personally seen a case of Distemper for the last 15 years. But, here it is rearing its ugly head very close to home. This type of outbreak can happen anywhere at any time. It just goes to show that when it comes to Distemper, Parvo, and other diseases covered by vaccination, it is best to be sure your dog is safe.

Although I am not a fan of over-vaccinating pets, I do believe there is a place for prudent vaccinations. The Distemper-Parvo combination vaccine protects against several deadly diseases and is a must for all pets. The vaccination controversy is generally based around the need to give this vaccine on a yearly basis.

It is helpful to understand why it is that some veterinarians give yearly Distemper-combo vaccines. Basically, animal vaccine producers test their vaccines by injecting a group of animals. One year later they do what is called a “challenge study” where they expose the vaccinated animals to the virus. If the dogs don’t get sick, the vaccine company says, “Oh good, our vaccine is good for one year.” There is not a lot of financial incentive to do that test 3 or 4 years later and prove that we should give fewer vaccines. For various reasons, many veterinarians feel compelled to follow the label of the vaccine.

Since 2003, the American Animal Hospital Association has recommended that the Canine Distemper Combination vaccine not be given more frequently than every 3 years. In 2004, a study published in the Journal of the American Veterinary Medical Association found that in over 98% if dogs the vaccine lasts at least 4 years (that’s as far out as they tested).

My recommendation regarding the Distemper-Parvo combo vaccine is that 3-4 years after your dog’s last shot, have blood titers done. These blood tests determine if your dog has the immune memory to fight off the diseases. I believe that titers should be done on a yearly basis to be sure the disease immunity does not fade.

Have you had vaccine titers done on your dog?

There is currently a trend in veterinary medicine toward what is called Evidence-Based Medicine (EBM). The idea is that we veterinarians should only treat pets with scientifically proven therapies. This process is intended to eliminate the doctor’s personal bias and therapies that are ineffective or possibly harmful.

With EBM there is a hierarchy of evidence that should be considered when a vet chooses a therapy for a particular animal. At the lowest level of evidence is personal experience with an individual case. This is often called rather disparagingly, anecdotal evidence. Let’s face it, anything can happen once. Just because a pet’s cancer disappeared after taking a particular supplement does not mean that that supplement will help the next pet with cancer.

Highly regarded in EBM are the almighty double-blind, placebo controlled studies and research based on them. These studies appear to be essential as they separate out the body’s ability to heal itself (placebo response) from the actual action of the drug or therapy. The fact that the studies are double-blind is supposed to eliminate researcher bias (more on this coming up). The emphasis on EBM has gone to the extreme such that for the most part, only treatments that have been proven with double-blind, placebo controlled studies are considered to be legitimate.

This is a great concept. Who doesn’t want to be treated by scientifically validated therapies? Unfortunately, there are several problems with the practical application of EBM.

If your veterinarian (or medical doctor for that matter) is relying strictly on published medical information for his prescribed treatment options, then his therapy will be 90% flawed. In other words, he will get it right 10% of the time.

Lack of “adequate” research is why alternative medicine is considered alternative and is excluded from EBM. This lack of “evidence” is also an excuse for the rejection and criticism of many helpful alternative therapies by well-meaning, conventional practitioners. This attitude may lead your veterinarian astray.

Have you experienced bias against natural therapies? 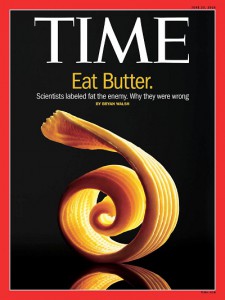 A recent Time Magazine cover story about America’s “War on Fat” is very instructive about both human and pet nutrition. The title of the article, “Don’t Blame the Fat” says it all. In the late 1970’s it was determined that dietary fat and cholesterol were responsible for the high incidence of heart disease in America. By 1980, the war on fat was on and Americans were encouraged to eat less red meat and more carbohydrates. Very soon “Fat-Free” foods flooded the supermarkets. Like the good little soldiers we are, Americans followed orders and ate less butter, eggs, and red meat and more margarine, cereal, and pasta.

As a result of this giant nutrition experiment, Americans got fatter and sicker. Today, cardiovascular disease is still our number one killer, 1/3 of Americans are obese, and the prevalence of Type 2 diabetes is up 166%. The article reveals that the basis for the war on fat was a study that was badly flawed.

In the 1950’s and 60’s heart attack rates were increasing in the US. A Dr. Ancel Keys theorized that high levels of dietary fat increased blood cholesterol which clogged the heart’s arteries. He traveled the world studying the diets and heart disease rates of varying cultures. His landmark “Seven Countries Study” found that people who ate diets low in saturated fat had lower incidents of heart disease – just as he suspected. This study, which has been referenced close to a million times, became the foundation for a body of work that implicated dietary fat as the cause of heart disease.

Unfortunately, Dr. Keys cherry picked his data. He left countries that did not fit his paradigm out of the study. So, populations that consumed high fat diets and did not have high levels of heart disease and those that ate low fat diets and did have a lot of heart disease were conveniently swept under the rug. Dr. Keys saw what he wanted to see. And Americans have paid the price for this biased research. It is amazing how junk science can become nutrition dogma.

Recent research shows that there is no link between dietary saturated fat and heart disease. It turns out that the simplistic idea that fat in your diet gets converted directly to fat on your hips and heart is not how things work. In reality, excessive carbohydrates are a bigger problem. When carbs are eaten, by humans or animals, the pancreas releases insulin to shuttle the resultant blood glucose into cells for energy. When there is more glucose in the blood than the body can use at the moment, insulin helps convert the glucose to fat and facilitates its storage in fat cells.

Also, because carbohydrates are quickly converted to glucose, and insulin is fast to remove the glucose from the blood, we promptly become hungry again. This leads to over eating. That’s how dietary carbs make us and our pets fat. Not only that, but the high levels of blood insulin caused by excessive dietary carbs causes the body’s cells to become resistant to insulin. This leads to diabetes – a common disease in both people and pets.

Like a nasty weed, once it is established, diet dogma is tough to eradicate. The Time Magazine article concedes that not all human nutrition experts are ready to abandon the war on fat. Similarly, conventionally minded veterinary nutritionists cling to the notion that dog and cat food needs to contain lots of carbs. And the obesity epidemic continues even though we know better.

Are you watching your pet’s carbs?