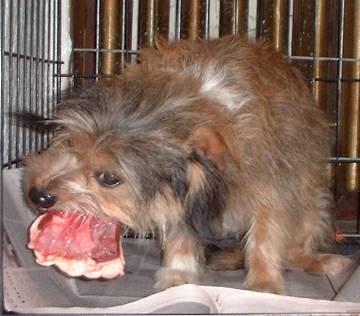 “Don’t give your dog people food.” That was the refrain I told pet caregivers day in and day out. That was what I was trained to tell people. This is the same line many people still hear from their vet.

The message has surely gotten through. I have had clients ask me why there was turkey in certain dog foods when turkey is toxic to dogs. I couldn’t understand why anyone would thing turkey was harmful. Then I realized it was the overly enthusiastic messaging from me and my colleagues about the dangers of “people food” especially at Thanksgiving time.

Here’s the deal. At every veterinary office around the USA, you can count on a glut of GI emergencies the day after Thanksgiving. The cause of this phenomenon is that too often pets are included in the Thanksgiving feast. It is not that turkey is harmful. Rather, the fatty table scraps, which may include cooked bones, are hazardous to a dog’s health.

I draw a distinction between table scraps and people food. The food we discard (table scraps) tends to be fat-laden skin and cooked bones. These can definitely case your dog harm. Feeding people food, on the other hand, means giving your pet a little of the health meat and veggies from your meal.

It is fine to share with your dog a small amount of turkey meat and/or non-starch vegetables. Be careful to avoid fatty portions and sauces or gravy that are likely to cause an upset stomach or even life-threatening pancreatitis. Also, cooked bones are not easily digested by pets and can cause intestinal blockage.

My 2 main concerns with feeding people food are:

Keep these tips in mind and have a great Thanksgiving! 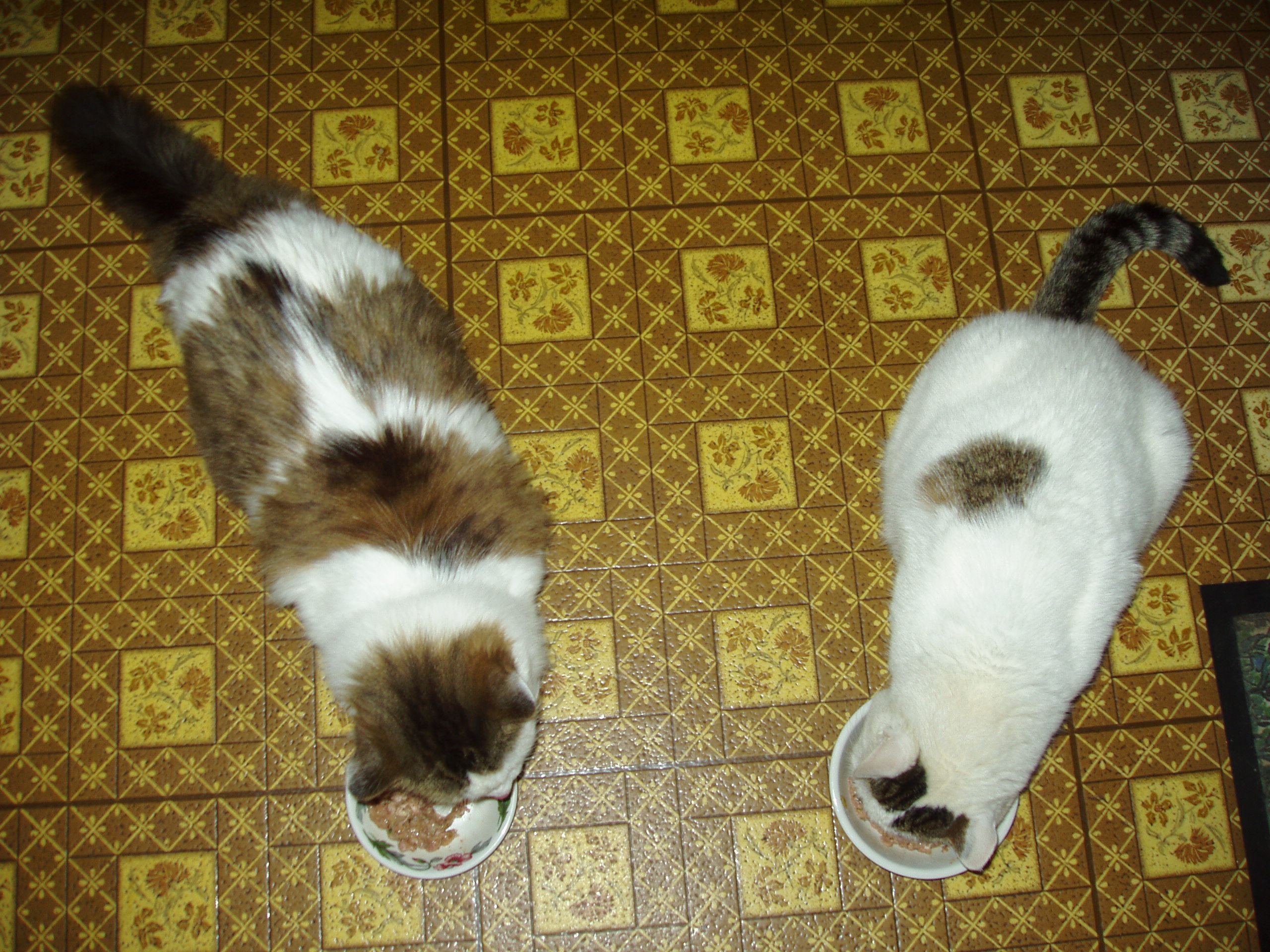 Cats tend to be very finicky about their foods. In fact, cats become imprinted on the food they are first fed. They can even become addicted to the shape of the kibble. That’s why each pet food company makes their kitty kibble in distinct shapes.

The companies also spray the surface of the kibble with “animal digest” which is similar to MSG and has a taste cats can’t resist. I liken this to Doritos. I personally do not care much for plain old corn chips. However, when those same chips are sprayed with that Doritos coating, I can’t resist. Similarly, the cat’s natural proclivity to eat a healthy diet is hijacked by the technology of flavor enhancers.

I have personal experience with switching finicky felines to raw. Several years ago I inherited my parents’ cats (Sugar and Spice – pictured above) and these kitties were dry food junkies. When I put raw food in front of them they looked up at me and said, “We can’t eat this. Are you trying to kill us?” Well, my other cats were all eating raw food so I told the newcomers, “You’re going to have to eat this food like everyone else.” Day and night I put a bowl of raw food in front of them, and each time they turned their noses up.

By day three of their hunger strike I think I heard them say, “We’d rather die than eat that raw food.” By the way, although a healthy cat can miss a meal or two, a cat that does not eat for three days can go into liver failure and die, so I do not recommend the starvation method of food transition. Because of this learning experience, taught by a couple of pros, I have come up with the following finicky cat transition technique.

The first step is to get him on a twice-a-day feeding schedule. No matter what your cat may tell you, he does not need a bowl full of food sitting out all day. If he were in the wild, he would not have dead mice lying around to eat. In fact, he would have to get his butt off the couch and catch a mouse. And, if he missed that mouse, he would go without a meal.

So first thing in the morning, you put ½ of your cat’s daily ration in the bowl and put it down for him to eat. If your cat is like most, he is likely to eat a few pieces and walk away, confident it will be there later. But, it will not be there later. Let the bowl of food stay down for 15-20 minutes and then put it up and away.

Then, in the evening when you put a bowl with the other ½ of the daily ration down, your cat is very likely to finish it off. He will quickly (within a few days) get into the new rhythm of eating. (If you have more than one cat, feed them separately and in different rooms if necessary).

It may be best to start the feeding schedule during the week when people are not in the house to hear the cat complain about the lack of readily available vittles. And, if you are home for the transition and your cat does complain, do not give in. Giving him food when he gets loud and obnoxious will only reinforce the unwanted behavior. You must resist the temptation to give in to your cat’s demands.

Now that your cat is used to eating morning and night, it’s time to start adding the raw food. With each feeding, put a teaspoon of raw food on the bottom of the food bowl and put the dry food of top. That way, your kitty won’t have to touch the raw food but he’ll smell it with every bite of dry food he takes. Considering the sensitivity of the feline nose, this is a big step.

Once your cat adjusts to the new aroma, mix the raw food in with a small amount of the dry on the bottom of the bowl. That way, if he wants to get a whole belly full of food, he’ll have to eat some that is touching the raw food. Now, very gradually mix in more and more of the raw and less and less of the dry. After a month or so of this process, you should have a totally raw-fed cat.

For many cats, the owner has to really want to see their companion eating a healthy, raw diet. It takes persistence and a slightly deaf ear, but it can be done. If I can make raw eaters out of my parents’ cats, I know you can do the same for your kitty.

Have you switched a Cat to raw food? 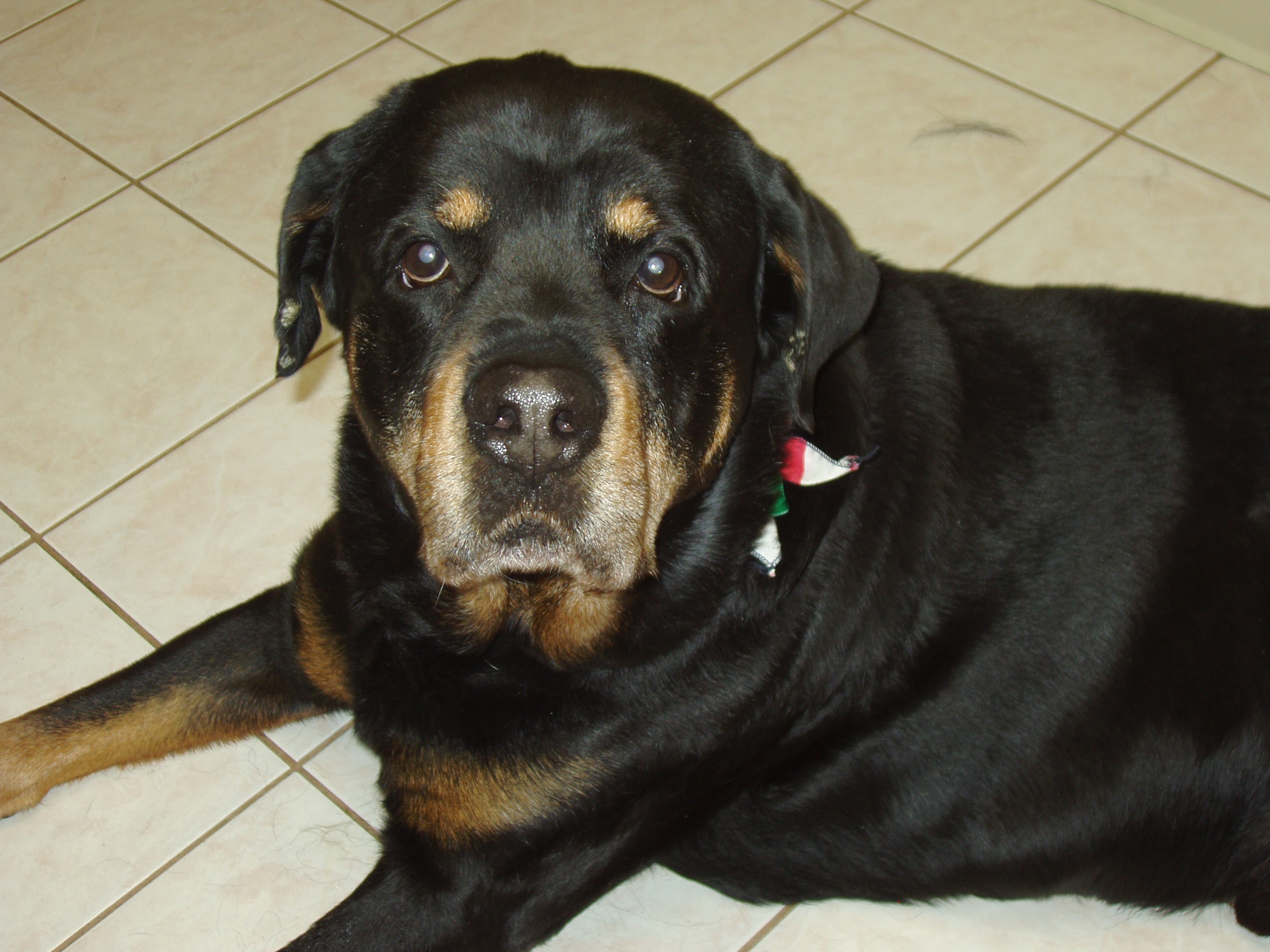 Cancer is a terrible disease that is all too common in our beloved four-legged friends. Studies show that 1/3 of all dogs will die of cancer and half of all dogs that make it to 10 years of age will get cancer. For some specific breeds the odds are even worse. A staggering 3/4 of all golden retrievers will develop cancer. I actually heard one veterinary oncologist refer to this breed as “golden tumor dogs.”

Why so much cancer? Well, certainly genetics plays a role as can be seen by the increased incidence in goldens. However, it is estimated that only 15% of human cancer deaths are caused by faulty genetics. Studies also show that up to 1/3 of human cancer cases are preventable by diet alone. Factors such as poor diet, lack of exercise, and obesity are much more important than genetics when it comes to cancer.

In fact, cancer is considered a cultural disease. It turns out that the US has one of the highest rates of most cancers and there are more cases in urban areas. People who move here from countries with low cancer rates have the same risk by the second generation. Certainly their genes did not change that fast. Apparently, living in the USA causes cancer.

What is it about our culture that promotes cancer? My bet is that the high consumption of processed convenience foods is a major factor. Many Americans are also addicted to carbs – which are known to promote cancer.  Then we have cancer promoting toxins in our environment such as fire retardant chemicals in carpeting and furniture, lawn chemicals and polluted air and water.

Our pets are victims of these same cancer causing issues. Studies have found that processed pet foods contain carcinogens. They are also packed with carbohydrates which feed cancer. Even if you are feeding raw your pet cannot escape indoor and outdoor pollutants. That’s why I say that if you are not doing something to prevent cancer then you are promoting it. That is just a fact of life in the USA.

I have recently discovered a supplement that contains phytonutrients that help prevent cancer (and much more). It is made with 100% human grade ingredients and is standardized for quality. Nutrocept is a tasty powder that can be mixed into moist food or mixed with water to form a gravy to top off dry food.