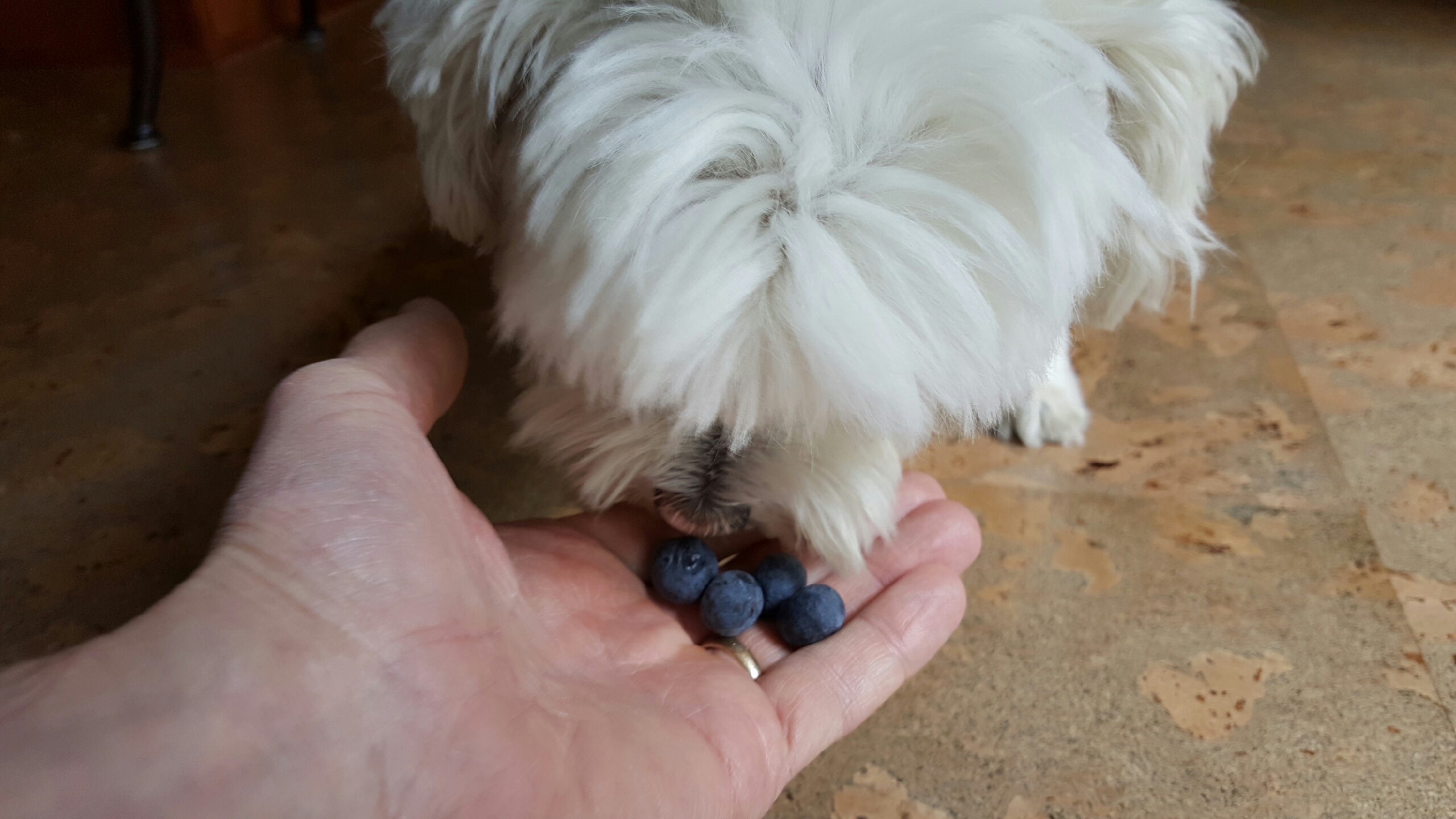 A recent study found that blueberries worked better than Selective Serotonin Reuptake Inhibitors (SSRIs) to calm the brains of rats that were put through a process to simulate Post-Traumatic Stress Disorder (PTSD). This research is important for dog caregivers because SSRIs are sometimes used for separation anxiety, storm phobia and other behavior problems. When you think about it, some of our dogs probably do suffer from PTSD-like mental conditions.

SSRIs include such drugs and Prozac, Paxil, and Zoloft. They work by slowing the destruction of serotonin by brain neurons. This increases the level of this calming chemical in the brain. Unfortunately, SSRIs also inadvertently increase the level of norepinephrine which is a stress hormone. So, SSRIs cause the increase in calming and stress in the brain at the same time. This contradictory effect may be why studies show that these drugs work no better than placebo.

In the recent study, the control group was fed the normal diet and the experimental group was fed the normal diet plus blueberries. All rats were exposed to a cat for 1 hour on days 1 and 11 of the 31-day trial. In the end, the blueberry-eating rats had higher levels of serotonin in their brains. Incredibly, these rats did not have an increase in norepineprine as is seen with taking SSRIs. Food wins over drugs!

Blueberries have many health benefits for people. They provide potent antioxidants, help maintain brain health and function, and have even been shown to fight prostate cancer. No doubt these health benefits apply to dogs as well.

The kicker of the rat study is that the neurotransmitter balancing benefits were seen when blueberries made up just 2% of the diet. That’s just 1/10 of a cup (< 1 oz.) of berries for every 5 cups of food your dog eats. However, one key is that the rats were fed the blueberries consistently for 31 days.

Blueberries will not work like a pill that you give and expect to see improvement within hours. It will most likely take a month to start to see improvement. Natural methods often take time. Of course, you will also not see the side effects that medications can cause. If your pet is suffering from anxiety, why not give some blueberries and see if it helps?

Have you found any dietary changes that have helped your pet?