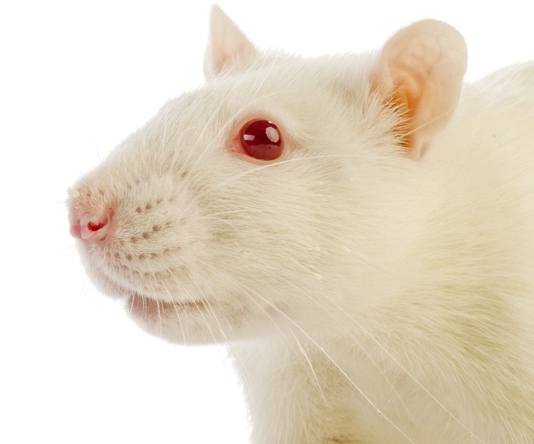 I have long thought that there is a natural, in-borne compulsion for compassion in both people and animals. I talked about this in my second book, The Holistic Health Guide. It has always seemed to me that we tend to want to help when we see someone in need.

Think of the news stories about people who have done courageous acts to save a stranger. When interviewed afterward they invariably say that they didn’t think, they just did what came natural. Compare these actions to those of pets who have risked their own lives to rescue people. Remember that cat that saved the toddler from the dog attack? I’m telling you, we all have an instinct for compassion.

I know what you’re thinking. “There goes Dr. Doug off in La La Land again.” Well, I finally have some research to back me up! Researchers from Kwansei Gakuin University in Nishinomiya, Japan put, of all creatures, rats to the test. They set up 3 experiments.

In the first experiment they placed 2 rats in a Plexiglas cage. One rat was in a dry compartment and the other in a compartment filled with water. (As it turns out rats don’t like to get wet). Between the 2 rats was a clear wall with a door that only the dry rat could open. In the study, most of the dry rats opened the door very quickly to save their buddy. Rats that had previously been put in the “pool” opened the door faster than those that had not. (Watch the rats in action here).

In the second experiment both rats were put in dry compartments with a door that only one could open. Rats did not open the door when their cage mate was not distraught. So opening the door was about easing suffering and not just curiosity.

The third experiment was the clincher. This time the dry rat was put into a compartment with 2 clear walls, each with doors he could open into other chambers. In one of the other chambers was a rat swimming in water as before. In the second compartment was a food reward, just sitting right there for the taking. In this situation most rats opened the door to save their friend before going for the food.

Who would have thought that the lowly rat would show such compassion? This study certainly seems to point to the validity of my assertion that both people and animals feel compassion instinctively. But I don’t think we’ll ever find a love gene. There is a non-physical force for good within all living beings. It is all part of the holistic concept of body, mind, and SPIRIT!

Have you experienced an animal’s compulsion for compassion?

5 thoughts on “You Dirty Rat?”